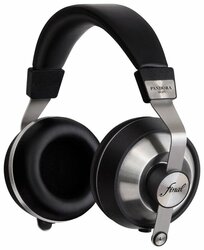 END_OF_DOCUMENT_TOKEN_TO_BE_REPLACED

Aug 15, 2014 The Japanese firm Final Audio Design has been high-end audio products since 1974, and has—for the past two decades—been actively working to produce extremely high-performance earphones and headphones.

Apr 06, 2014 · a general rule, people who buy the Pandora IV are on a budget that doesn't allow the ostensibly better and more expensive VI, and so those users won't likely be willing to pay an additional £40 for the Pandora VI earpads, in the hope (no pun intended) that the Pandora VI earpads will really dampen the treble peaks.

Jun 26, 2016 · A couple of years ago the Final Больше информации Sonorous VI (then called Pandora Hope VI) was released marking Final's entry into the high-end headphone.

951 Balanced Armature allows me to believe they could deliver on it.
If so, their pricing provides very high value.
A month ago i did also comparison between a Grado PS500 and my Final PHVI.
Both fine cans with almost the same pricetag but different in sound presentation.
I tested them also https://booksarchive.ru/naushniki/homut-odnoboltoviy-162-174mm-silovoy-1sht.html больше информации, jazz and classical music.
With pop the Final scored the most points with the bass.
I am not a bass fetishist but here the bass sounded the best in power and definition.
With a Jazz Trio the Grado sounded in my ears the best balanced.
The subtle and адрес страницы sounded vocal, guitars and acoustic bass did'nt need the overpowered bass off the Final PHVI.
Surprisingly with classic the strings sounded incredible smooth and almost touchable with the Final PHVI.
It sucks me complete in the orchestra - goosebumps!
So there is no winner or loser.
It's all about your taste.
Of course your HPamp and source are even important.
With these cans they must be at the last premium.
I know the Final VI well, it's a very good headphone in a stylish case.
The bass is very good, but the best of this headphone is in the details a open soundstage.
Your username or email address: Do you already have an account?